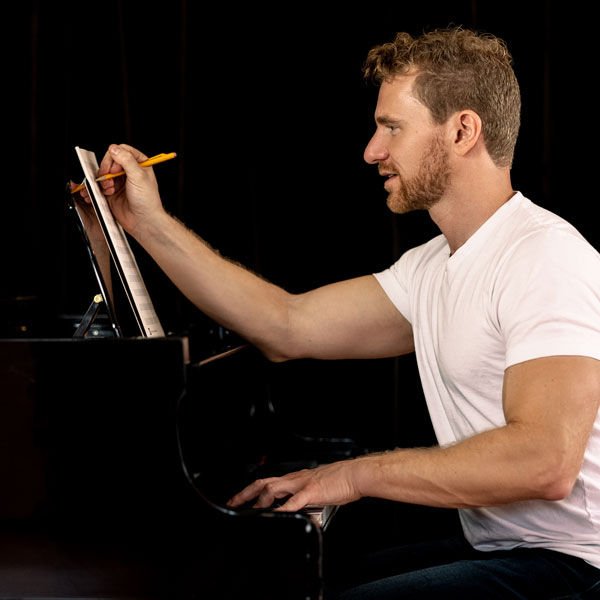 As a composer/lyricist/librettist, he is the creator of The Double-Threat Trio (Pittsburgh Civic Light Opera world premiere 2019); My Life Is A Musical (Bay Street Theatre world premiere 2014, which the New York Times called “inspired”); Popesical (2015 NYC Fringe Festival, Overall Excellence Award winner); Call It Courage (based on the Newbery Medal-winning book by Armstrong Sperry, Zachary Scott Theatre youth premiere 2010 in Austin, TX; five B. Iden Payne Award nominations, including Outstanding Original Script and Outstanding Production of Youth Theatre); and many other works.

Adam has been a Musical Theater Fellow at the Dramatists Guild (2010-2011), a Lucille Lortel Award nominee for his contribution to the score of the Off-Broadway musical We The People (2011), a two-time finalist for the Fred Ebb Award (2016 and 2017), and a two-time Harrington Award winner as a member of both the BMI Advanced Musical Theater Workshop and Librettists Workshop. He has also been a resident writer at the Goodspeed Mercer Colony and CAP21 (2013). His song “My Sky,” performed by Tony-winner Stephanie J. Block and orchestrated by Tony-winner Bruce Coughlin, is featured on the album No More Revivals, released by Sh-K-Boom Records. He also contributed music and additional lyrics to the off-Broadway hit Clown Bar (The Box, NYC, summer 2014) by Adam Szymkowicz, and with Aron Accurso co-authored the five-movement choral oratorio “The Trail,” commissioned in 2013 by the Colorado Children’s Chorale, of which he is a proud alum.

As an actor, Adam has appeared on Broadway and on national tour in The Light in the Piazza, understudying and performing the role of Fabrizio. He played Neil Kellerman in the national tour of Dirty Dancing, and understudied Detective Marcus (half the cast) in Murder For Two at New World Stages, after appearing in productions of the show at Chicago Shakespeare Theatre, the Adirondack Theatre Festival, and the 42nd St. Moon Theatre in San Francisco. He originated the role of Herb in the off-Broadway show Junie B. Jones (by Marcy Heisler & Zina Goldrich, based on the bestselling book series) at the Lucille Lortel Theatre; can be heard in the hit animated film Frozen; and has performed in many other productions throughout New York City and the country.

Adam has studied musical theater writing with Tony Award-winners Lynn Ahrens & Stephen Flaherty (Ragtime), Adam Guettel (The Light in the Piazza), and Andrew Lippa (The Addams Family), and is a graduate of Yale University, where he earned a B.A. in dramatic literature and music. He is represented by Sarah Douglas at SLD Associates. 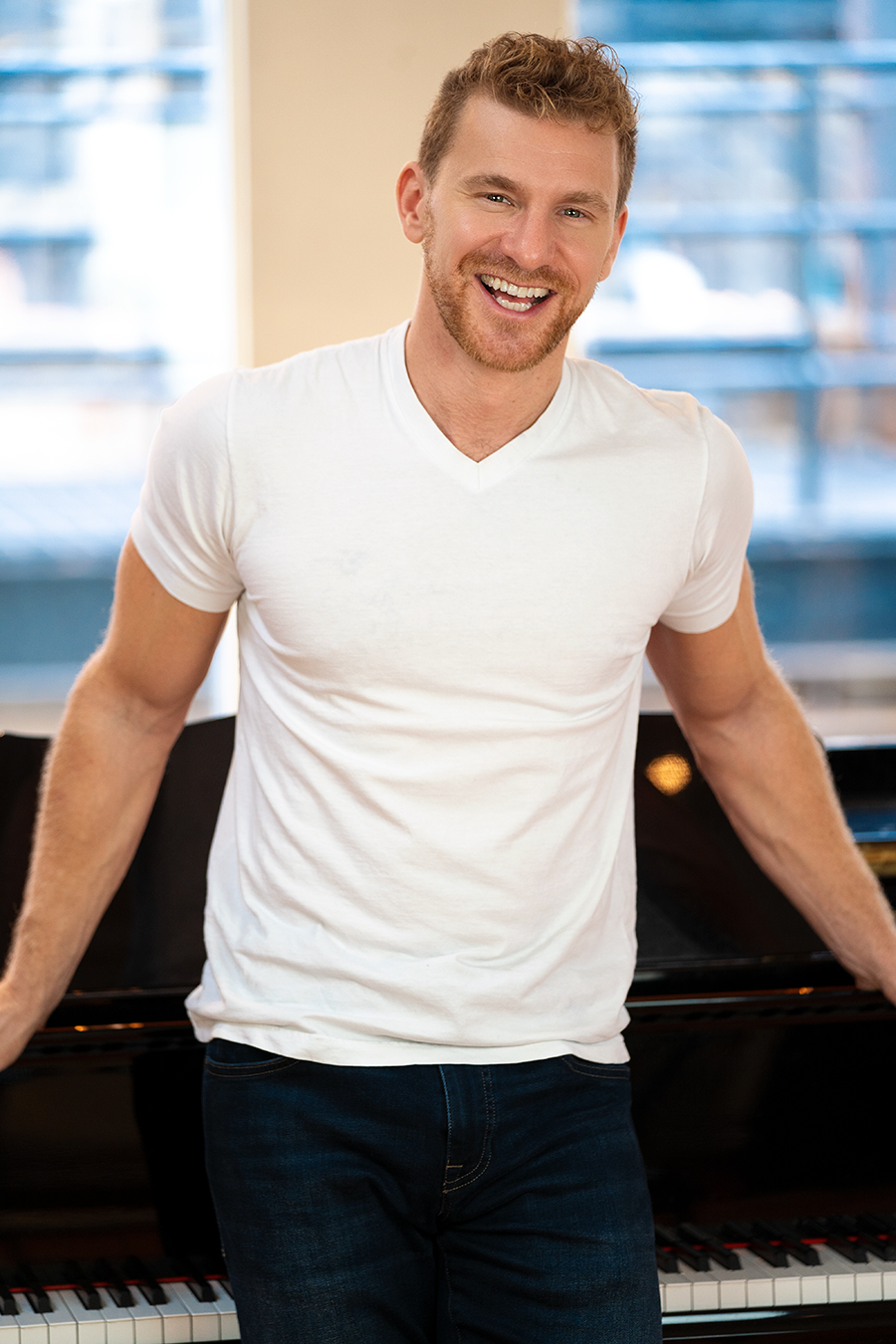