THE LIGHT IN THE PIAZZA tour 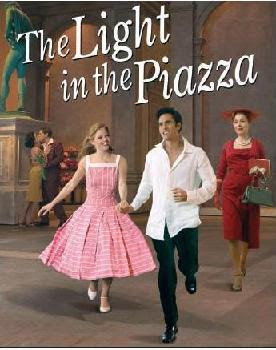 The first national tour of THE LIGHT IN THE PIAZZA opens at the Orpheum Theatre in San Francisco.  Adam performs in the ensemble (as Waiter, Bike Boy and others) and understudies the role of Fabrizio. 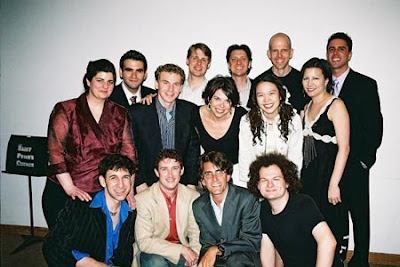 Adam joins a luminous roster of composers and lyricists at The York Theatre Company for this concert celebrating the best and brightest “emerging talent in musical theater.”  His song “My Sky” is performed by Christiane Noll.  Other writers on the concert include Neil Bartram, Jeff Blumenkrantz, David Austin, Sam Davis, Georgia Stitt, and Andrew Gerle, among many others.  The stellar lineup of performers includes Noll, Stephanie J. Block, Cheyenne Jackson, Celia Keenan-Bolger, John Tartaglia, Barrett Foa, Phylicia Rashad and others. View full story and photos on BroadwayWorld.com

THE LIGHT IN THE PIAZZA performances

Adam plays all performanes of THE LIGHT IN THE PIAZZA June 6-11, in the roles usually played by David Bonanno.

Adam joins his THE LIGHT IN THE PIAZZA castmates David Bonanno, David Burnham, Patti Cohenour, Laura Griffith, Felicity LaFortune, Catherine LaValle and Peter Samuel, with accompaniment and direction by Andrew Byrne, for a concert showing their “lighter” side at the renowned Birdland Jazz Club on 44th Street.  Adam accompanies LaValle on the song “I’m Tone Deaf,” and also performs one of his own compositions, the comedy number “I’ll Be The One.”

THE LIGHT IN THE PIAZZA performances

Adam appears in THE LIGHT IN THE PIAZZA from May 1-7, in the roles usually played by David Burnham.