The inimitable Sara Wordsworth knocks it out of the park with “A Singer Prepares” at this showcase representing the most recent greatest hits of the BMI Lehman Engel Musical Theater Workshop! Directed by Igor Goldin, accompanied by Jeff Blumenkrantz.

One of my most popular songs, you can check it out in the Song Store!

I’m returning to the role of Marcus Moscowicz in MURDER FOR TWO, now a long-running hit at Chicago Shakespeare Theatre!

My wonderful year as a 2010-2011 Dramatists Guild Fellow culminates in this showcase at Playwrights Horizons, where all 10 of us Fellows will present excerpts from the work we’ve developed over the year, under the tutelage of Lynn Ahrens, Stephen Flaherty, Andrea Lepcio, and many brilliant guest artists (including Stephen Sondheim)! 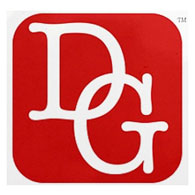 on my Writing page and in my Song Store!

I join forces with Juilliard-trained playwright Adam Szymkowicz, writing music for his lyrics in his “clown noir” play CLOWN BAR, which has a one-night-only performance in Rising Phoenix Rep’s Cino Nights series.  Performed in an actual bar, the play tells the story of Happy, a clown-turned-cop who goes back into the seedy den of clown crime to settle an old score … 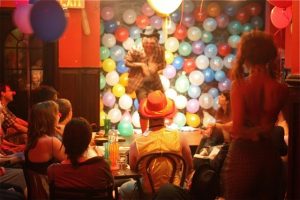 Long ago Happy left the Clown Bar and the organized clown crime world to work for the good guys.  Now his junkie brother Timmy has been murdered, and Happy returns to his old life to ask a few questions.  Can he go home again without getting sucked into the seedy clown underbelly of vice and violence?  And will he survive the gun toting clowns who used to be his friends? Or Blinky, the lady clown he left behind?

Wrapping up a three-week developmental lab workshop of the musical ACE, with book and lyrics by Robert Taylor and Richard Oberacker, and music by Richard Oberacker, directed by Sheryl Kaller.  An incredibly engaging, creative, and fun journey exploring this work along with some of my favorite artists and people, including Aaron Lazar, Becca Ayers, Mary Beth Peil, Mary-Mitchell Campbell and so many other greats!