Broadway au Carré presents “MY LIFE IS A MUSICAL in Concert” at the Comédie Nation Theatre, where THE DOUBLE-THREAT TRIO received its first public semi-staged performance in 2016! Directed by Amanda Bestor-Siegal and produced by and starring Lisandro Nesis as Parker. Thrilled to be back in Paris with this wonderful group of artists! 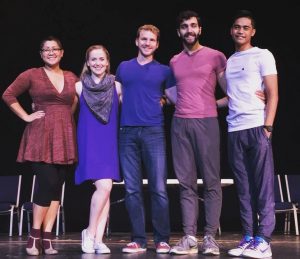 Students at the Weitzenhoffer School of Musical Theatre at the University of Oklahoma give a workshop presentation of THE DOUBLE-THREAT TRIO, directed by Lyn Cramer and music directed by Paul Christman. Starring undergrads Patrick Nowak, Taylor Bryant, Daryl Tofa and Ashley Mandanas.

ALL OVERETT: The Songs of Adam Overett – a concert of my songs performed by an incredible cast, including West End star Julie Atherton! Videos coming soon!

Ah Paris! For a week and a half, I rehearse an abridged version of my new show THE DOUBLE-THREAT TRIO with the wonderful company of Broadway au Carré, led by wunderkind actor/producer Lisandro Nesis and presented at the Comedie Nation! Directed by Amanda Bestor-Siegal and featuring Nesis, Lauren van Kempen, Sylvain Mathis and Alyssa Landry. 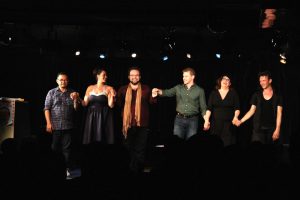 I got to revisit one of the greatest artistic experiences of my life: the stunning show THE LIGHT IN THE PIAZZA by Adam Guettel and Craig Lucas, in which I appeared ten years ago at Lincoln Center and for the following year on national tour. This reunion concert brought together the entire original cast — and because Matthew Morrison was unavailable for some of the rehearsals, I got to play Fabrizio opposite Victoria Clark and Kelli O’Hara!!

Check out this music video of my song “Almost the End of the New Year,” directed and shot by Ken Webb, hosted on BroadwayWorld.com! 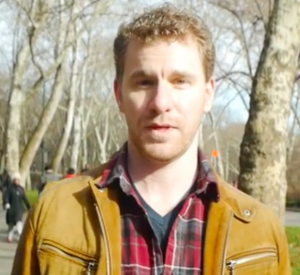 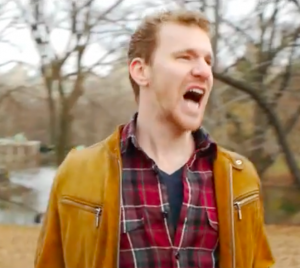 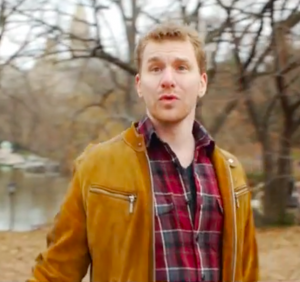