I sang the role of Duddy for the demo recording of the Alan Menken/David Spencer musical THE APPRENTICESHIP OF DUDDY KRAVITZ, based on the film starring Richard Dreyfuss.  Sheryl Kaller (Tony nominee for NEXT FALL) directed, and the cast included the stellar Elena Shaddow (reuniting us after three years since we shared the stage in the LIGHT IN THE PIAZZA!), Fred Applegate (of Broadway’s LA CAGE AUX FOLLES, along with Elena), Adam McDonald, Kristin Maloney-MacDonald, Natalie Charle Ellis and other greats! 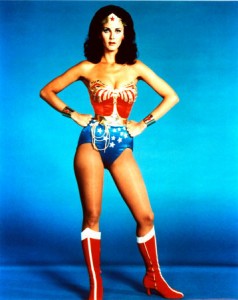 I play Captain Lance Trainor, a comic-book pilot hero, in this reading of the new musical SUPREMA at New Dramatists, directed by Sam Gold (Circle Mirror Transformation), with book/lyrics by Jordan Harrison and music/lyrics by Daniel Zaitchik.  Starring Douglas Sills (The Scarlet Pimpernel), Kerry O’Malley (Into the Woods, White Christmas), Kathy Voytko (The Pirate Queen, Nine), Betsy Wolfe (Everyday Rapture), and others, SUPREMA tells the story of William Moulton Marston, the man who invented the character Wonder Woman … and also lived in a polyamorous relationship with two women … and whose research on lie detection led to the development of the polygraph.  Who knew?!

Joe Kinosian and I take the stage again in the piece he wrote with Kellen Blair, “Murder For Two” — a hilarious two-person murder mystery musical where I play the detective, Joe plays all the suspects, and we both play the piano!

More on “Murder For Two”

The first rehearsal of my contribution to the Prospects show “Snapshots” (see previous post, Dec. 13) … I’ve written a song/scene called “I Don’t Speak Italian” about a 14-year-old boy who feels constantly left out of his Italian family, who are all constantly speaking in their native language, which he doesn’t understand.  Directed by Dev Bondarin with a terrific cast including Ali Ewoldt (Maria in the European tour of West Side Story), Doug Shapiro (Prospect’s Iron Curtain) and other fantastic talents!

I play one half of a two-person piano-playing cast in the hilarious new musical comedy “Murder For Two” — a musical whodunit where I play the detective and the other actor (Joe Kinosian, also the composer and co-bookwriter) plays all the suspects, and we both play the piano!